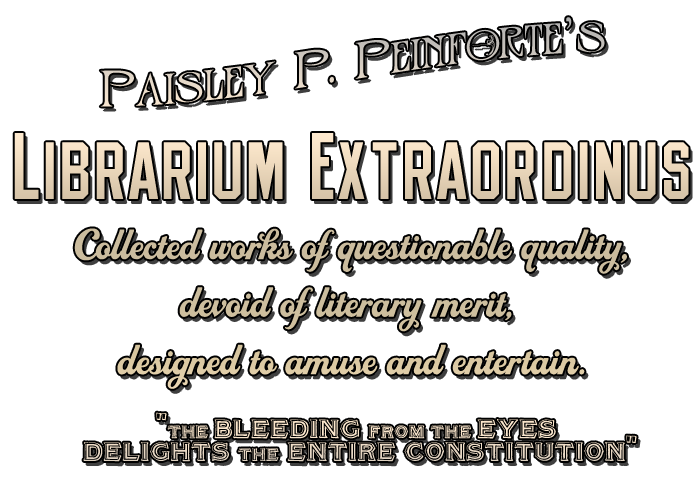 So I was asked to make "Godzilla vs the Cyberking." I considered the request apt, as the Cyberking is nothing, if not a giant reference to Japanese Mecha, or giant robots.

So, very briefly, is how I made it happen. I'm probably skipping a few steps as I'm writing this after the fact, but you'll get the general gist of it.

First, I sourced the largest Cyberking image suitable for this I could find, which was this: 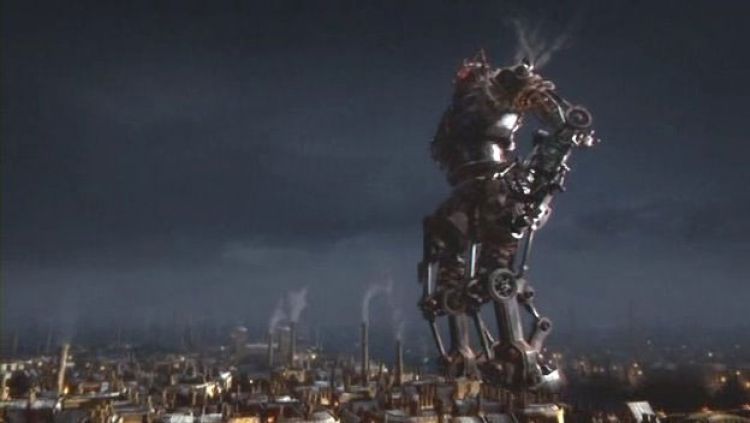 Then I found one of Godzilla: 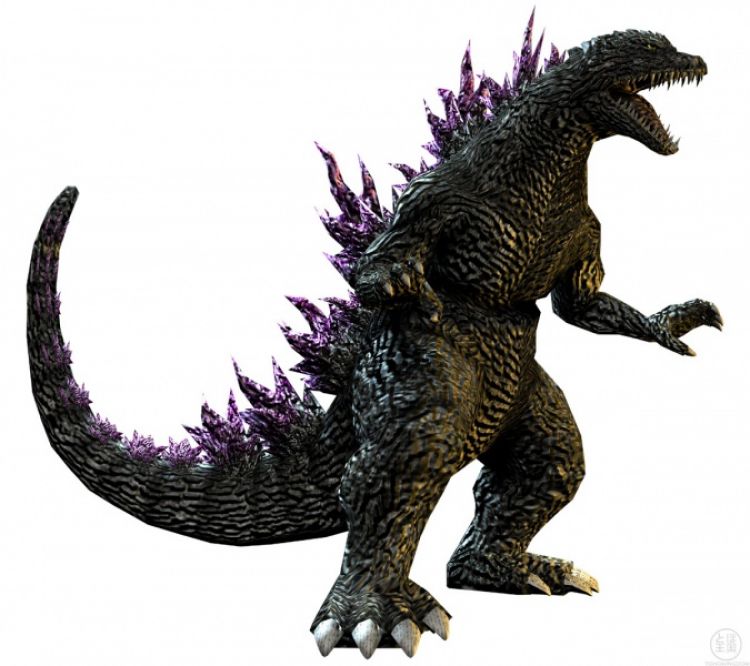 Now the first thing I do is make the object to be pasted in its own document, and I remove the background whilst it's still at full size. Doing it after you scale it down makes a mess of the edges and it's harder to use the automated tools to help. Luckily, this one was already possessing a solid background with sharp edgelines so removing the background was simple with the lasso tool. 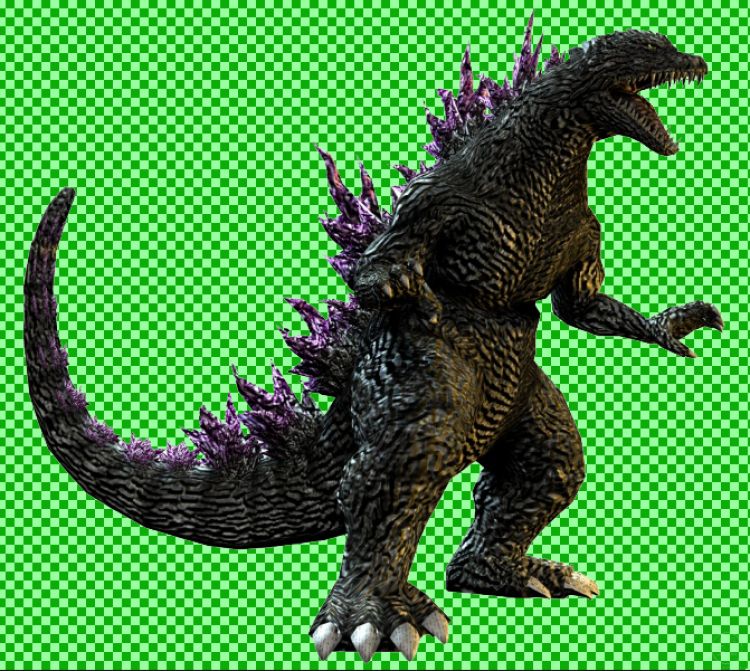 I pasted it in and used Layer > Matting > Remove White matte to get rid of some nasty edging. So we have this. But he looks obviously superimposed. 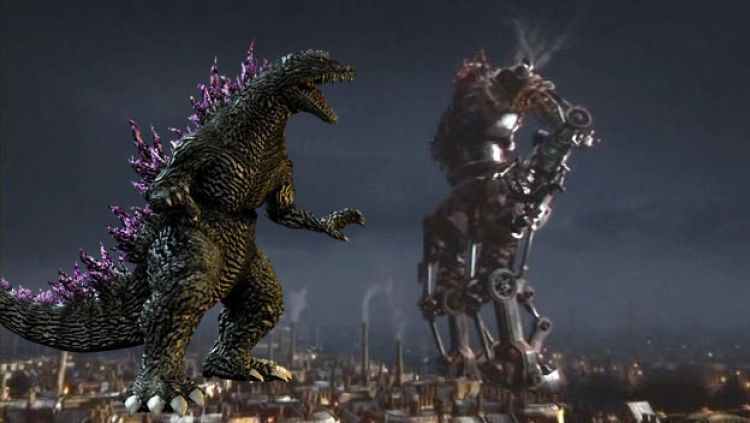 So the first thing I did was use "Match colour" to try and get the colours to come closer to the range of the background. 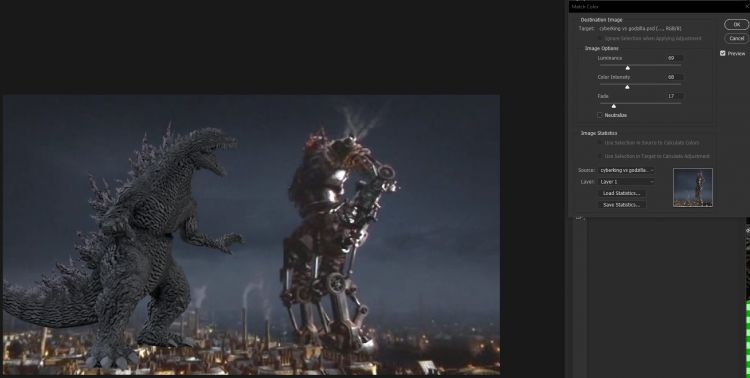 Then I used the Dodge tool (soft brush, large, operating on midtones, then smaller operating on highlights) to try and emulate the light sourcing from the original picture. 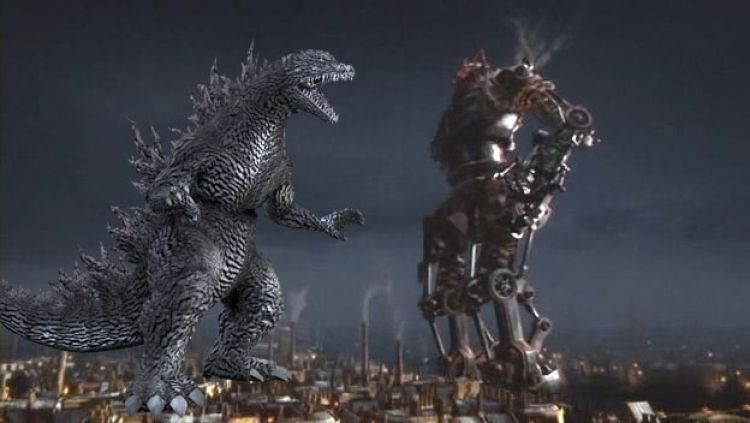 Then I used unsharp mask to "blow out" the highlights to come closer to how the Cyberking's are. I believe I had to fade the effect a few times too. It does, however, pop out too much. 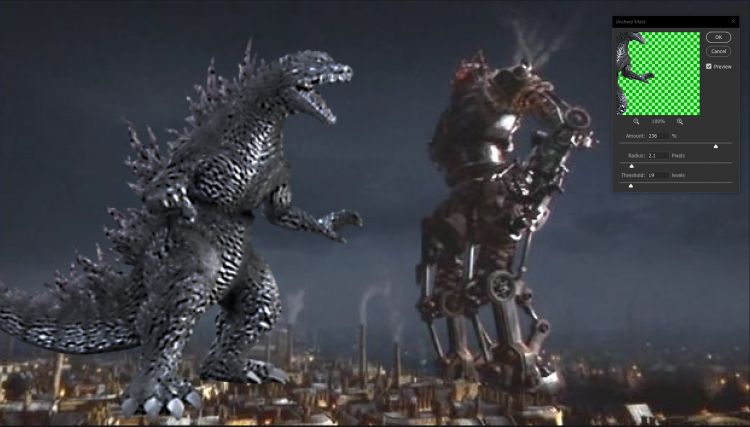 So next I blurred he overall image. I basically introduced artefacts and degraded the Godzilla image to try and make it look like a crappy broadcast screenshot. 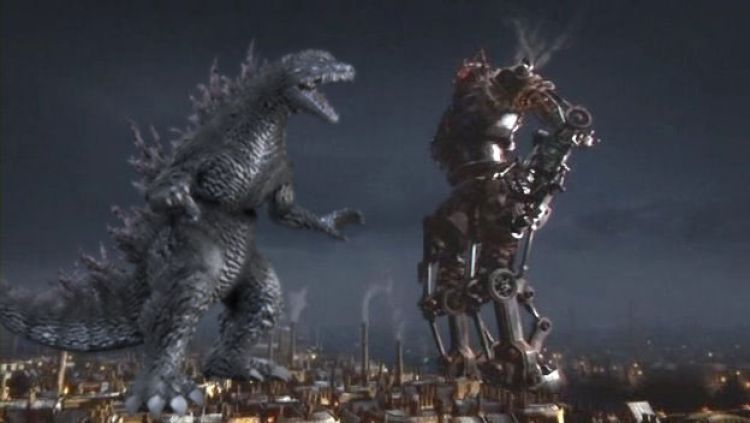 Then I used the burn tool to drop in more shadowing to match the Cyberking and the environment. But it's too black / dark. Still sticks out like a sore thumb. 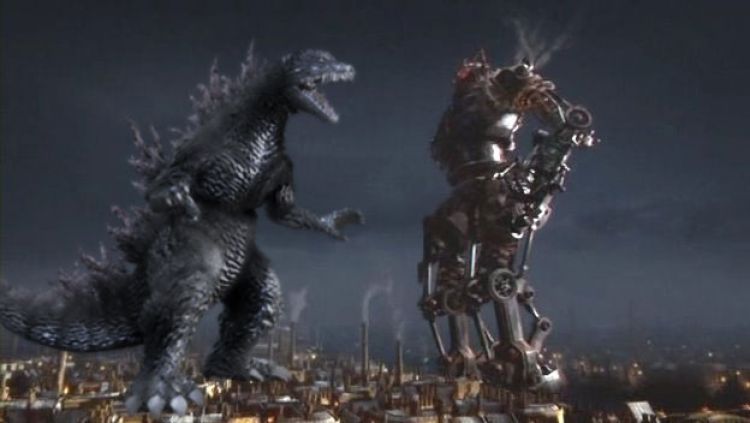 I used "replace colour" to change the blacks to a more reddish-brown ala how the blacks look in the original shot. (Yes, My computer region is on US so it can't bloody spell) 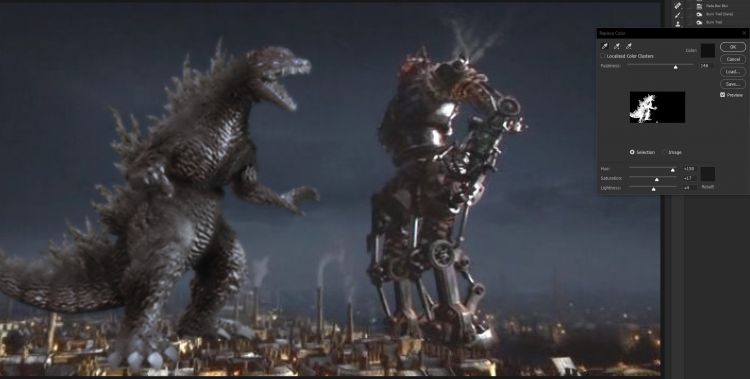 Then I hid the Godzilla layer and stepped back. It needs to look like he crushed some stuff on the way in, so I cloned / flipped / extended the damage from the right hand side of the shot behind the cyberking. 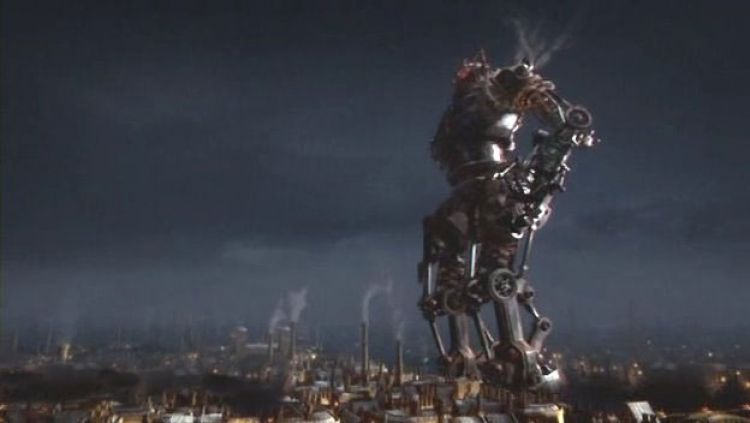 Then I put Godzilla back in and used a soft edged-eraser to remove bits of his foot that would have been obscured by the foreground. 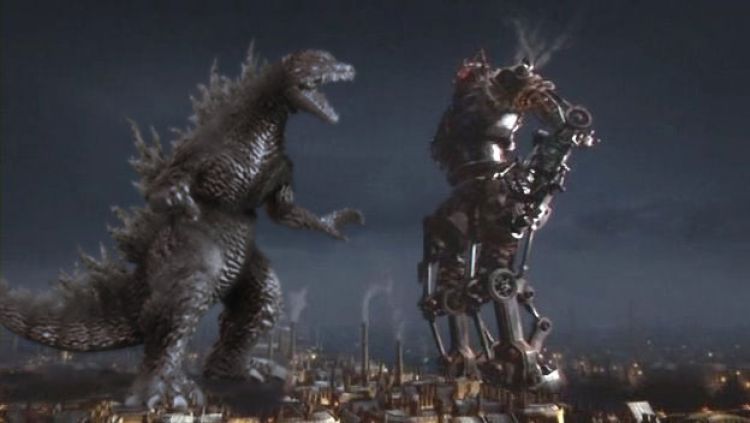 Now I wanted to make it look like he was ready to attack. So I made a new layer and roughed in a line representing the energy wave that lights up his eyes and dorsal fins. 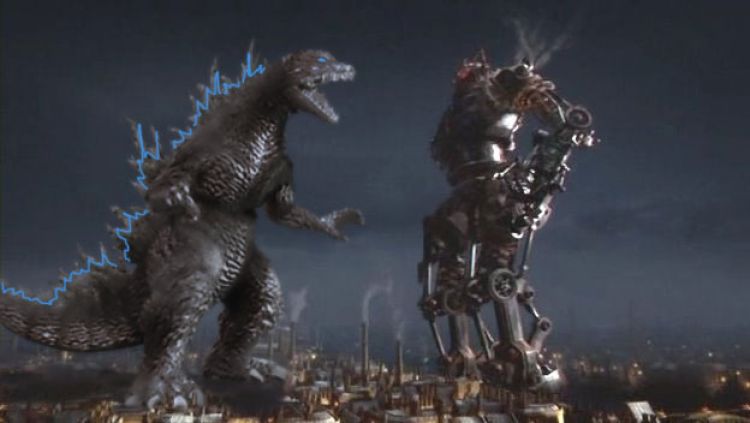 I used layer effects to make it all blurry and glowy.(Those are the scientific terms.) 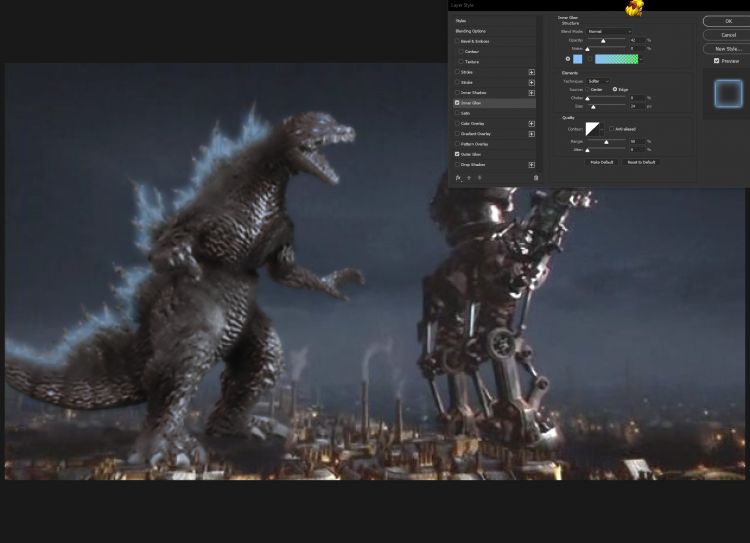 I rasterised the layer and then overlaid it in Dodge, tweaking the transparency: 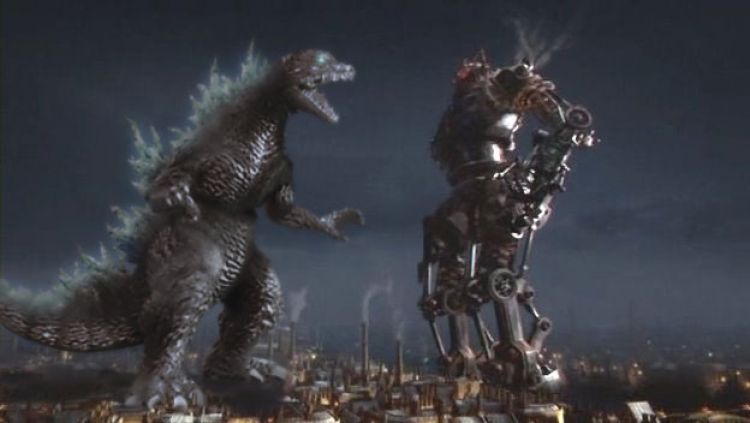 And then I made Godzilla SLIGHTLY transparent to better blend him in with the colour of the background (other methods were too radical), blurred some of the edges and the sharpness on his highlighted areas... and Done! :D 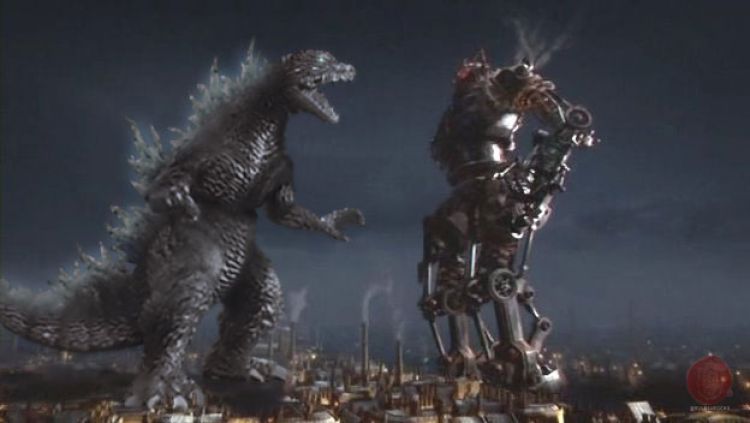 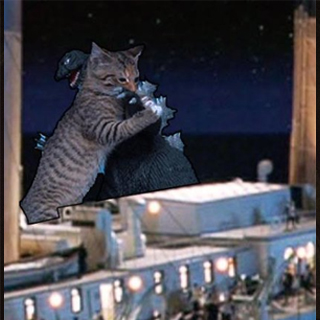 Having successfully invaded both America and Canada from her home base in Windsor, Paisley has become horribly corrupted by the world. She hates active voice and wishes to god Twitter had an edit button. Dedicated to "creating the greatest 'Ship of them all", she ponders horribly terrible, idiotic things for your amusement. 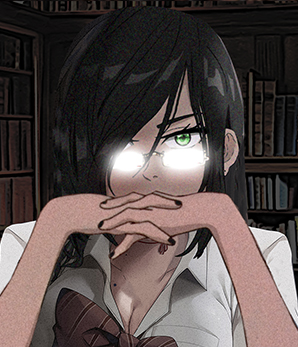 I'm a snarky, semi-horrible human being given to penning intentionally bad epic slashfiction involving improbable objects and individuals, with the ultimate ambition of befouling Kindle with it one day,which is ostensibly what this blog is for.

In practice, however, it tends to mainly be a circular file for my various thoughts and ideas, some whimsical and others not, in addition to my various Photoshop experiments, mainly collections of what I generate for Twitter.